Ever wondered what the difference between direct drive, gear driven and belt driven racing wheels was? In this guide I'll run through all the differences and show you which is best. 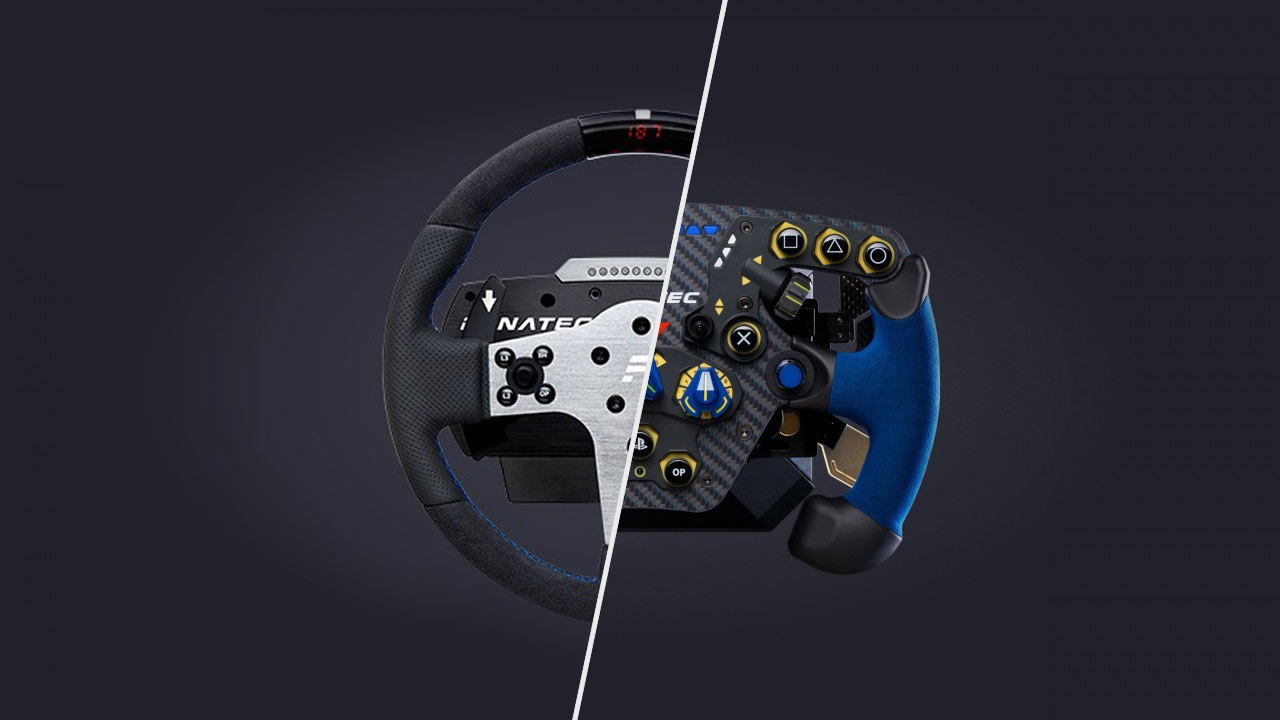 We often get asked the question, which is better, direct drive, belt or gear driven wheels. The answer is often longer than expected, as we can’t always say that direct drive wheels are better for your circumstance than their much cheaper, belt-driven counterpart.

Below we will break down the key differences between direct drive wheels, belt-driven wheels and gear-driven racing wheels. We have included price comparisons as well as performance comparisons, in the hope to give you a better idea when choosing which option is best for you.

Before we recommend any products within each category, I’ll start with a brief overview of the technology in each wheel.

How Does A Direct Drive Wheel Work?

Direct drive wheels connect the wheel rim directly to the motor shaft. The motor itself is much larger than those found in belt or gear driven racing wheels. This has to be the case as there are no belt or gear systems to amplify the power which the motor outputs.

Typically this setup will give you a much higher fidelity and detail of force feedback, allowing you to feel the car to a much higher degree.

READ MORE – See if the Fanatec Podium Direct Drive Wheel is worth a buy with our full review.

How Does A Belt Driven Wheel Work?

The majority of sim racing wheels on the market today are belt driven, and there is a good reason for this. Belt driven technology provides a much cheaper option when implementing force feedback through the wheel rim due to utilising a small motor.

The price reduction in the small motor used to power belt-driven sim wheels allow these products to be targeted at gamers who are looking to buy their first wheel. And these types of products are often the first step into the world of sim racing for many.

Belt driven wheels work by utilising a belt and pulley system and a small motor. The small motor generates the force feedback, which is then passed through the belt to the wheel rim. By utilising a belt and pulley the effects that the small motor generates can be amplified to produce much more torque, and stronger force feedback. It isn’t unusual for the belt to boost the motor’s torque by up to 20 times.

How Does A Gear Driven Wheel Work?

Gear-driven wheels work in a very similar way to their belt-driven counterparts. The small motor is attached to a series of gears which translate and amplify the force feedback effect. This once again produces much more torque than the motor could on its own and in turn, stronger force feedback.

The main disadvantage of gear-driven wheels lay in the gears themselves. Geared systems can be inherently clunky due to the metal on metal contact of two spinning gears. Depending on the sim racing wheel you buy, you will occasionally feel the gears grinding and jumping through heavy force feedback.

What Is The Difference Between Belt Driven & Gear Driven Wheels?

Belt driven and gear-driven wheels both work on a similar principle. They implement a small motor, which is connected to either a series of gears or a belt. The gears and/or belt are then connected to the wheel rim. The small motor is the element of the wheel base which is generating the force feedback, and then that is amplified by the belt/gear system.

Most sim racing wheels will opt to use one or the other of these technologies, however, you will find a select few which opt for utilising both in the same wheel base.

As a general rule of thumb, gear-driven wheels are the clunkiest on the market, and therefore the most accessible. Belt driven wheels will produce much smoother force feedback than gear driven, and command a slightly higher price tag. This isn’t always the case.

So How Do All Three Types of Wheels Compare?

Using a smaller motor connected to gears or a belt will always result in loss of force feedback detail. There is no escaping this.

However, there are some very good belt driven and even gear driven wheels on the market today. And which one is best suited for you is down to a number of factors. Below we run through the best racing wheels of each type.

The Logitech G923 is the successor to the ever-popular G27 and is a reworked version of the G29. This series of racing wheel has become a staple in the first time sim racers arsenal and is often the go-to first sim racing product.

The product itself is relatively cheap when compared to its much more expensive belt and direct drive rivals. However, it offers a good level of force feedback for a very small budget.

You will often find the Logitech G29 on sale for under £200, and often with a shifter as part of the bundle. This positions the G29 / G920 as the perfect intro wheel setup for someone looking to start sim racing.

You will still find the usual drawbacks associated with gear driven wheels, such as gnawing rumble as you turn the wheel. This is simply due to the gearing inside and is almost unavoidable in this level of wheel.

Fanatec is one of the big players in the world of sim racing and produces some of the best wheels around. They do normally come with a slightly hefty price tag when compared to Logitech and Thrustmaster equivalents, however, they generally boast better force feedback.

The Fanatec CSL Elite is one of the cheaper wheel bundles you can buy and is targeted more towards the casual sim racer.

Due to the belt drive inside the wheel base the force feedback is much smoother than wheels such as the Thrustmaster T300 RS. And even with a slight element of belt dampening, it delivers more detailed force feedback. The wheel base itself also includes a few great features such as rev counter lights, a power switch and is covered in a premium feeling brushed metal.

The Fanatec CSL Elite really ticks the boxes for sim racers looking for a slightly higher quality wheel. The force feedback is sharper. The pedals themselves are excellent with a progressive braking system and adjustable brake stiffness. And the build quality of the whole bundle is extremely good.

The wheel rim itself is large and does the job. It feels premium. However, as with most Fanatec products, is designed to be changed to suit the player’s needs. You can combine plenty of different wheels with the CSL Elite wheel base for true immersion in your chosen motorsport discipline.

This is the slightly trickier category to judge. Direct drive wheels come in so many shapes and sizes, and there is a huge trend to DIY your own setup.

Brands such as Open Sim Wheel and SimXperience offer various components to lead you on a path to direct drive DIY. SimXperience offers multiple packages depending on how much of a confident DIYer you are. They include options from wheel base only through to complete packages including wheel rims.

If you are looking for a more “all-together” package, you have options from some of the big players such as Fanatec. Fanatec has a great direct drive base called the Podium. This comes as its own separate base, ready for you to add your own custom touches, or as part of a bundle, with wheel rim included.

We have a full review of the Fanatec Podium Racing Wheel here for you to read. However, if you don’t fancy reading that. It is simply one of the best direct drive offerings around.

What is the real benefit of direct drive wheel?

A direct drive wheel will give you much more detailed force feedback, giving you more detail in how the car is behaving.

A direct drive wheel is as close to a real steering setup as you can get when sim racing. The steering wheel is directly connected to the steering mechanism just like most real cars.

Will I be faster with a direct drive wheel?

Using a direct drive wheel wont make you instantly quicker. You will be able to feel more detailed force feedback so you will have a better understanding of how the car behaves. However the increased torque that the wheels produces may make driving fast tougher than with a belt or gear driven wheel initially.